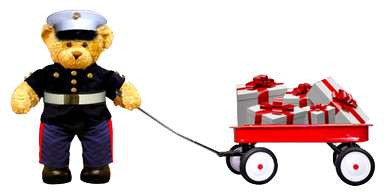 As we enter the holiday season, Single Step Strategies, in conjunction with The Musuneggi Financial Group,  sponsor a Marine Corps Toys for Tots collection drive and present a Toys for Tots celebration event on December 10th. (Learn more by clicking here.)

Over the years we have been fortunate to have active, or retired, or reservist Marines join us for the event. And we are glad for their attendance and the opportunity to thank them for their service.

But we have always had male Marines, and yet, being that the Musuneggi’s are a  Marine Corp family, we know that the Women in the Marines are a very special part of the Military.  So this month, our spotlight is on the Women of the Marine Corps.

There have been Women in the United States Marines since 1918, and women continue to serve in it today. As of 2016, women make up 8% of all active enlisted Marines, and 7.5% of active Officers. Women’s presence in the Marine Corps first emerged in 1918 when they were permitted to do administrative work in an attempt to fill the spots of male Marines fighting overseas.

It wasn’t until 1948 that women were able to become a permanent part of the Corps with the passing of the Women’s Armed Services Integration Act. However, even with the Integration Act, women were still banned from certain Military Occupation Specialties. It was not until 2016 that Defense Secretary Ash Carter announced that all military occupations will be open to women without exception. As of 2018, there are currently 92 women serving in the Marine Corps combat arms.

The Story of Lucy Brewer

According to Marine Corps lore, the first woman to wear the Eagle, Globe, and Anchor in service to her country was Lucy Brewer. Of course, back then she would have been disguised as a man, she allegedly served in the Marine Detachment aboard the USS Constitution during the War of 1812. To this day this story has not been verified.

It took 100 more years until in August 1918, the Secretary of the Navy granted authority to enroll women for clerical duty in the Marine Corps Reserve. Opha May Johnson enlisted and became the first official Woman Marine. During the remainder of World War I, 305 women enlisted to “free a man to fight.”

More than 20 years later during World War II, roughly 1,000 officers and 18,000 enlisted women served, led by Col. Ruth C. Streeter. During the last year of the war, all available male Marines were battling the Japanese in the Pacific. In their absence, Women Marines represented over half of the personnel at Marine Corps bases in the continental United States.

Last year Women Marines celebrate 100 years of service to the Corps and to the nation.

We salute you, Ladies.  And we thank you.