The Woman Behind the Man 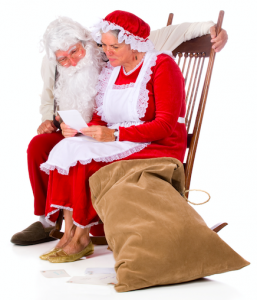 Some call her Mrs. Claus, some Mrs. Santa, even in some literature she goes by her first name, Anya.  But we could just call her the “woman behind the man;” because as the saying goes, “Behind every great man there’s a great woman.”

Afterall how does he do it all? Making all those toys?  Deciding who is naughty or nice? Making travel plans to get around the world and drop off those toys in such a short period of time?  How does he know who gets what?   Like so many men, he is able to do all he does, because there is an amazing woman helping him.
Santa’s woman behind the man is first mentioned in the short story “A Christmas Legend” (1849), by James Rees, a Philadelphia-based Christian missionary. In the story, an old man and woman, both carrying a bundle on their backs, are given shelter in a home on Christmas Eve as weary travelers. The next morning, the children of the house find an abundance of gifts for them, and the couple is revealed to be “old Santa Claus and his wife”.

Mrs. Claus is also known as the keeper of the naughty-or-nice list in “Lill’s Travels in Santa Claus Land”, 1878.  As the story goes; “There was a lady sitting by a golden desk, writing in a large book, and Santa Claus was looking through a great telescope, and every once in a while, he stopped and put his ear to a large speaking-tube.

“Presently he said to the lady, ‘Put down a good mark for Sarah Buttermilk. I see she is trying to conquer her quick temper.'”

“’Two bad marks for Isaac Clappertongue; he’ll drive his mother to the insane asylum yet.’”

The author E. C. Gardner in his article “A Hickory Back-Log” in Good Housekeeping magazine (1887), gives us one of the first descriptions of how Mrs. Claus looked:
“She was dressed for traveling and for cold weather. Her hood was large and round and red but not smooth, — it was corrugated; that is to say, it consisted of a series of rolls nearly as large as my arm, passing over her head sidewise, growing smaller toward the back until they terminated in a big button that was embellished with a knot of green ribbon.
Her outer garment was a bright colored plaid worsted cloak reaching to within about six inches of the floor. Its size was most voluminous, but its fashion was extremely simple. Her right arm protruded through a vertical slit at the side of the cloak and she held in her hand a sheet of paper covered with figures. The left arm on which she carried a large basket or bag — I couldn’t tell which — was hidden by the ample folds of the garment. Her countenance was keen and nervous, but benignant.” 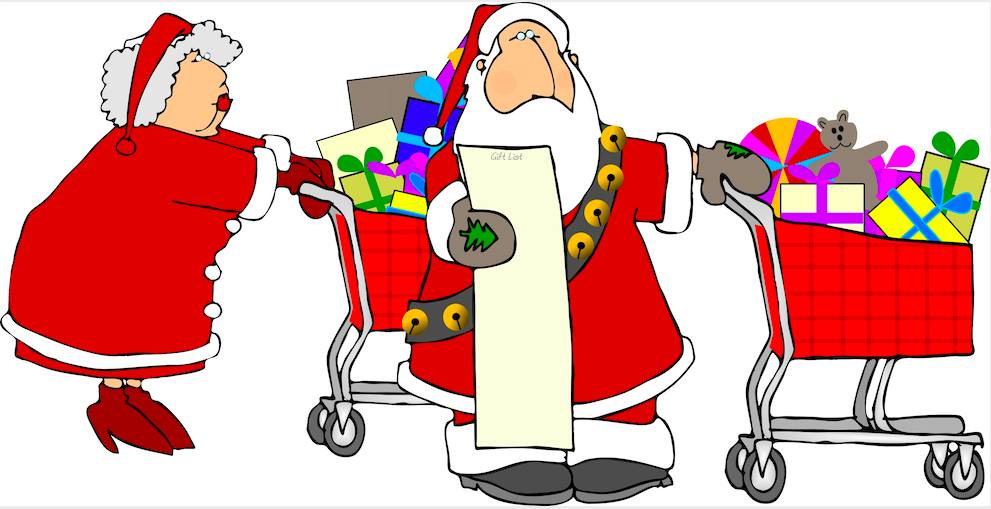 Some stories present her as having a personality that tended to be fairly consistent; she is usually seen as a calm, kind, and patient woman, often in contrast to Santa himself, who can be prone to acting too exuberant.  This made her the perfect person to keep the workshop organized and to deal with the elves.
She also is known to be keeping the home fires burning, while Santa is out on his big night; and when he returns, she greets him with a warm, loving and beautiful home. Her ability to keep everyone in the household and workshop happy, is the very reason that Santa is able to be the happy man he is.