…Or Fake It til You Make It

In the month of Halloween, it is fun for me to remember that as a little girl I loved dressing up like someone I was not.  The norms for girls like me back then were to dress as a Princess, a Ballerina, a Nurse or Dorothy in the Wizard of Oz.

I had friends who dressed as brides or nuns, but I never saw myself that way. But it was quite clear we all saw ourselves as the typical stereotypes of women of that era.

A Mom and a Role Model

Surprisingly, having a mom who was raising two children alone after the death of our father; a mom who became a nurse, but then became an administrator, a director at a nursing home, who started a business of her own and who was really a pioneering spirit in her day, I had a great role model for why it was not likely that I would become a Princess, a Ballerina, or live in a fairy tale world of Oz.

But like many women in my time, I did become a school teacher. Even if I never pretended to be a teacher, it was an acceptable career for a woman.

The one thing I never, never did was dress up as a Financial Consultant.  I never saw myself in that role, I never pretended to be that person.  So, when the time came to move from teaching to consulting, I had to “dress up” to fit into the role.  I had a mentor who would remind me of the old adage of “dress for the career you want, not the job you have.”  It was sort of a “fake it until you make it.”  In those days, women trying to make it in a “man’s world” dressed like men.  I had a blue blazer and a red tie.

And did you know that when Native American’s dressed in animal skins to go out to hunt, it was not to blend in with the animals? The animals were smart enough to know the difference between who they were and who a human was. I was told by a Native American that hunters dressed to attract what they wanted.  They wanted to attract animals for food, clothing, shelter.  So, they dressed for their success.

If you see yourself as someone other than the current you; or you are unhappy with your current career or life’s work and want to be someone else; maybe this is the perfect month to pretend to be who you want to be.  Dress for the life you want.  Dress like the you that you want to be.  Afterall it may seem like it is only make-believe, but it could just be that you have to fake it until you make it. 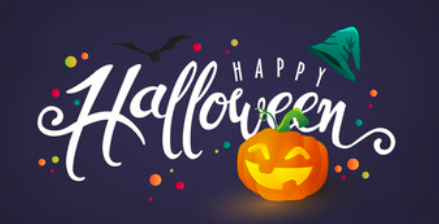 You are the Plan 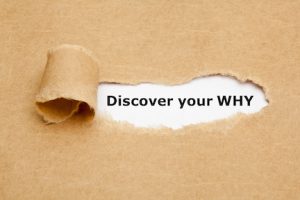 Finding Your Purpose and Living for It: You Are the Plan

No matter what a person’s spiritual beliefs, I doubt that anyone doesn’t recognize they were born for a reason. That belief alone should make us all realize that we are persons of worth, having a unique contribution to make to the world.  The goal is to live life and to live it abundantly.

Abundant Living with Many Life Roles

Life itself means making room for many things such as developing abilities while caring for a family—and while being a mate, a partner, a friend, working a job, going to school, or building a career.  Abundant living means being the best “you” that you can be. 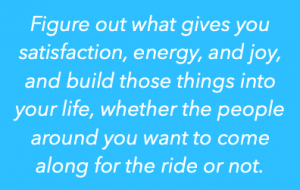 This requires that even as part of a relationship you make your desires and goals a priority. Celebrate and develop your unique talents and abilities. If you want to get an education, make a plan to accomplish the goal in manageable steps. If you want to pursue an athletic challenge, make time in your schedule to do so. If you are passionate about a specific cause, volunteer your time and talents to that cause. Figure out what gives you satisfaction, energy, and joy, and build those things into your life, whether the people around you want to come along for the ride or not. If you minimize yourself or your desires, you cheat yourself as well as the world around you. Living abundantly means you create your own definition of quality of life—without looking to others for approval.

So, it is all about you. It’s all about your plans.  Not someone else’s plan for you.  Not your partner, your sibling, your teacher, your spouse, your friend.  Not anyone should dictate the life you want to lead.

This Book Helps Get You Started 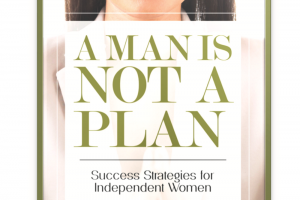 Although my book, A Man is Not a Plan, focuses on independence for women, the book can be a guide for both men and women, as being an independent person should be a goal for anyone. Consider also sharing the book with a friend, a daughter, someone who is newly married, recently got engaged, found their first job, just graduated from school. Learning some new life strategies should be a continuing life goal for us all. 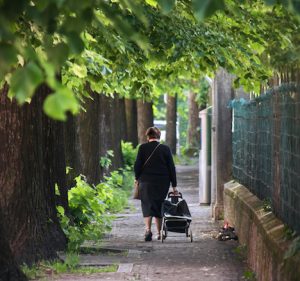