Self Defense in Pittsburgh 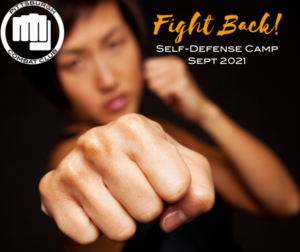 FIGHT BACK CAMP – Self-Defense from the Pittsburgh Combat Club

These are highly regarded self-defense training workshops. Each workshop is 3-hours long and specializes in a key aspect/fundamental of self-defense training. This is the same workshop that we offer as MTO (“made-to-order”) but is being made open to the public at large – first come, first serve.

ONLY 6 SLOTS PER WORKSHOP ARE AVAILABLE! Learn more and register here.

Have a great resource for women… whether self-defense or professional development, we want to hear about it. Contact us now!

I am a Mighty Little (Wo)Man

Like most women, from the onset of COVID, I found myself in front of the TV, or some electronic media, way too often.  Most of the news was depressing and lacked hope. Our contact with real human beings was limited and so TV personalities became our new “friends”. And it continues or returns.  But as time has gone on, watching news, cable or local, it is all too focused on what we could not do.  Being a doer, this was not good for me.

When watching TV in the morning with my Significant Other, we found ourselves, as we began our days, yelling at the TV or having conversations about all things negative.  Not my idea of a way to start the day.

So, we made a complete change.  In the mornings now we watch Young Sheldon.  If you were a viewer of The Big Bang Theory, you know that on the show Sheldon is a genius.  This show then spun off to the story of what Sheldon was like as a very young genius child in the 1980’s in the conservative state of Texas at that time. As a scientific atheist, who is living with a football coach dad, an extremely religious mom, and a typical teenage brother, the relationship issues are hysterical.  But his relationship with his twin sister, who is not only not a genius, but is barely able to navigate her homework, is such a fun contrast.

Now we are starting the morning with a fun, positive, different focus on the way the world used to be and we have found it such a better way to start the day.
However, what has really made an impression on me is the theme song for the show.  Sheldon sings:

Nobody else is stronger than I am

Yesterday I moved a mountain

I bet I could be your hero

I am a mighty little man

I sing along with Sheldon every morning, because I want to start my day believing that: 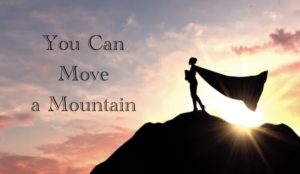 Nobody else is stronger than I am.  I can do anything I put my mind to.  I can leap over the problems of life with just a positive attitude.

I bet I could be your hero.  Whose hero can I be?  Who can I help today?  How can I make the world, or just my world, a better place?

I am a mighty little man.  What confidence.  What a positive attitude.  I am a mighty woman.  I can overcome whatever comes my way.

Ready to get started moving your mountains? Order A Man is Not a Plan today!

Get Up. Get Dressed Up. Get Going: A Lesson From My Mother

I miss my mother. She was an amazing woman who died too soon, too slowly, from the effects of emphysema. Even though she’s been gone for many years, I still feel the need to rush to a phone and call her whenever something wonderful happens in my life. I recognize that I can’t do that, but I also know that, somehow, she already knows.

She was strong and brave and single-minded. She was giving and caring and loving, and although she didn’t have much in terms of money or material possessions, she was known by her friends and family for her generosity. She believed in justice and fair play. She was formidable force of one. She was well-read and valued education. Through her lifetime, she was a stay-at-home mom, a receptionist, a telephone operator, a business owner, an educator, a nurse, and a managing director. She ran for political office, and she was a college student at the age of 75.

She taught her children and grandchildren the power of a good work ethic, strong faith, and moral values. She taught us manners, organizational skills, discipline, and respect for ourselves, for our elders, and for others. She made sure we knew the meaning of phrases like, “A day’s work for a day’s pay”, “An idle mind is the devil’s workshop”, and “If you don’t stand for something, you will fall for anything.”

She used her knowledge and skills to overcome the many roadblocks she faced in her own life. She was a single parent of two small children while being the sole wage earner in a household where she was also taking care of two elderly parents. She did what she knew she needed to do, and she made it all look easy.

But she was also stubborn, determined, opinionated, close-minded, temperamental, a control freak, and she could make your blood run cold with a single stare. There were times when she was unforgiving and could find it easy to give you the silent treatment for weeks at a time, saying that others would need her before she would need them. We found it easy to overlook these negative characteristics because they, in some ways, added to the personality of the woman she was.

In her last years, my mother was on oxygen and breathing treatments daily. For most people, that would have kept them at home and from really living. For my mother, it was an inconvenience, but it never kept her down.

For each of my son, Christopher’s, college years, we would pack up his truck, follow him to his dorm, help him unpack and set up him room. My mother was always part of this adventure. In his senior year, his room was on the third floor of a building with no elevator. Upon arriving at the college, Christopher explained to my mother that he did not expect that she would be able to come up to his room that year. But no matter what his expectations were, her desire was to see and help set up this room, just as she had done every year before. She knew she would never have the opportunity to do this again.

So for over the span of a half hour, she walked up the stairs. One step at a time. Slowly. Pausing between every step. Until she reached his room. Christopher has many great memories of his grandmother, but this is one of his favorites. It meant so much to him that he meant so much to her.

Even after being placed on oxygen, she still didn’t just sit around. She made the choice to get up, to get dressed up, and to get going. She read, she meditated, she did household chores, until it became impossible for her to do them anymore.